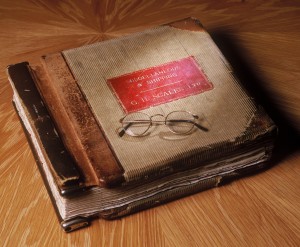 Scales was founded by George H Scales and is one of New Zealand’s oldest businesses, having operated since 1897. It began life as a protest movement when a group of central New Zealand sheep farmers formed a Freight Reduction Committee to challenge the freight rates being charged by the large British shipping lines. When their agreement with a Dunedin firm collapsed, Walter Buchanan, Hugh Williams and their supporters sought help from George Scales.

Scales sympathised with them. As an auctioneer, insurance broker and Secretary to the Wellington Agricultural and Pastoral Association, he knew the concerns of the farmers of the region. Soon he was chartering sailing ships for the Freight Reduction Committee against fierce competition from the established lines. In 1912 the venture became a private company with its unusual articles of association confining shareholdings to sheep farmers.

Scales ran his company on a shoestring. He did most of the traveling himself, loading the ships with all the wool shareholders could provide, filling any empty space with wool from outside sources, or timber, coal, grain or feed shipped on his own account. 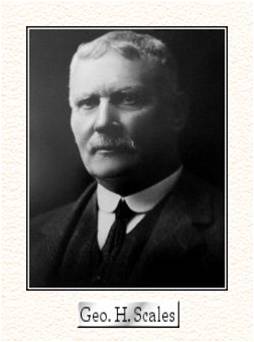 As new European companies entered the conference system from the late 1950s onwards, the British ‘share’ in the wool trade, in which Scales participated, shrank. Scales’ participation in that trade ended abruptly in 1977 when the British lines, juggling quotas to admit the new Shipping Corporation of New Zealand, tore up their agreement with the company. This left Scales with only modest agency business.

The dramatic loss of its core business again obliged Scales to seek new opportunities. During the 1980s it participated in several shipping ventures. When some went badly a complete restructuring of the company took place in 1988-89 at the end of which chairman David Parsons reported “Scales under way again, bloodied but unbowed”.

Since then Scales has successfully responded to many market and business challenges by adapting and identifying new business opportunities which have enabled it to continue to evolve and expand its operations.

Looking to the future Scales Corporation possesses the knowledge, experience and expertise to navigate what economic storms may come its way.

Today, while vastly larger than Scales’ small office in 1897, the present diversified Corporation remains committed to the growth of New Zealand agribusiness.